If you’ve recorded any sort of video with your Sony a7iii, you’ll know that the integrated microphone leaves a lot to be desired. It’s low quality, picks up every little gust of wind, and is overall just quite lackluster.

So, in this quick guide, we’ll be going over the two different ways you can connect an external microphone to boost up your sound quality.

To start off, the most simple and low-effort way to improve the audio on your Sony a7iii is to purchase an on-camera/hotshoe microphone.

Hotshoe mics tend to be fairly expensive, but you’ll be getting fantastic audio quality, a lot of options (in terms of gain, filters, etc.) along with ease of use.

They couldn’t be more simple to set up. You simply take the microphone and slide it onto the hotshoe and it’ll just work. That’s literally it.

While there are a variety of options, there’s one in particular that I’d suggest for the a7iii: the Sony ECM-B1M. 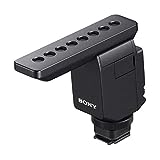 This method could, technically, be considered more “advanced”, but it’s still pretty easy. You literally just mount the microphone and then plug the cable in to the jack.

Quick note: the mic jack on the a7iii is in the top compartment on the left side of the camera. I’ve known some people who have gotten it confused with the headphone/aux port.

So, here’s my top three mic suggestions ordered by price.

First off, we have the Movo VXR10. Despite the low price, the sound quality is quite competitive and it will still be a massive (seriously, massive) upgrade over the camera’s integrated microphone.

This is the microphone that I first originally used, as it was cheap as dirt and really small (easily packable).

There are cheaper microphones on the market, but I wouldn’t suggest getting anything less than this.

If you’re looking to upgrade to the next best thing, you can’t go wrong with the Rode VideoMic Go. There’s a reason this is one of the most popular microphones of all time.

It’s a bit big, but you’ll get fantastic sound quality and a premium build (don’t have to be concerned with breaking the shock mount, for example).

If you’re looking for “the best microphone for your Sony a7iii”, the VideoMic Go is the way to… go. By the way, don’t forget to pick up a wind filter. 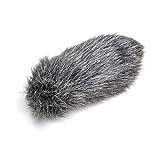 Finally, if you’re looking to get the absolute best quality possible, go with something like the Rode VideoMic NTG.

The sound quality is fabulous, it comes with two shock mounts and is just incredibly well built. I’d consider this a “pro-level” microphone, and it isn’t even that expensive. However, it does need to be recharged occasionally via USB (it doesn’t run off the camera’s power).

Do note that it, just like the last mic, doesn’t come with a wind filter (also known as “dead cat”), so you’ll have to buy that separately. 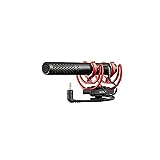 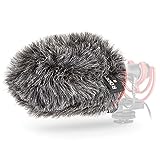 Before we end the article, I just want to offer a couple of tips and tricks.

First, always keep an eye on your audio levels. When recording video, there should be two small bars on the screen that “react” to audio input.

You’ll generally want to keep these around a reading of -12. To adjust recording volume, you’ll find the options in the video section of the menu system (should be labeled something like “audio rec level”).

The only other thing worth mentioning is that the Sony a7iii is somewhat infamous for having mic jack issues.

Over the years, many users have reported their mic jack simply not working. If you’re one of those unlucky individuals, you’ll have to either use a hotshoe mic or send in the camera to Sony for repair.

As you can see, getting better audio out of your Sony a7iii isn’t particularly difficult (or expensive, for that matter).

If you’re looking to dive a little deeper into using your camera for video, check out our post on using the Sony a7iii for streaming.