A few years ago, Sigma ported over many of their DSLR Art series lenses to Sony’s system. Despite the large size of many of these lenses, they were generally well received by the mirrorless community.

Today we’ll be looking at the Sigma 14mm F1.8 DG HSM, a lens that Sigma marketed as the “world’s first and only full-frame F1.8 ultra wide angle lens”.

Nowadays, this lens has a bit more competition, so is it still relevant? Hint: yes it is, especially for astrophotography.

Let’s talk about it.

This lens was, as I mentioned earlier, simply ported over from a DSLR system. If you compare it to the original Canon/Nikon versions, it looks like Sigma attached a built-in adapter to it and put it out on the market.

For this reason, this lens is absolutely huge. It measures about 6.4 inches (16cm) long and weighs a HEFTY 41oz (1160g). So far, this is even larger than any of the other lenses in the Sigma HSM lineup that I’ve previously looked at.

I personally got into a mirrorless system in order to downsize my kit, but I understand there are many photographers who aren’t bothered by having a gigantic, heavy lens.

So, it’s huge and heavy, but is it well built? Honestly, yes it is.

The base of the lens barrel is metal, but the rest of it is made up of thermally stable compound (TSC) which is a type of heavy duty plastic polycarbonate.

Usually hearing that something is made out of plastic doesn’t inspire confidence in its longevity, but I’ve owned my APS-C 30mm for four years and it is still in fantastic shape. I’d imagine that the materials in this much more expensive lens are likely to be even more durable.

Included with the lens is both a petal-shaped lens hood (it’s actually not removeable) along with a nice soft carrying bag. The included lens cap slides on and off the front easily, and has a bit of grippy material to insure it doesn’t slip off.

Additionally, the lens does have weather-sealing, so it should be safe to take out in some more inclement conditions.

Overall, the Sigma 14mm F1.8 DG HSM is a beast and it certainly does feel like it’s built to last.

As for aesthetics, beauty is in the eye of the beholder as they say, but I personally think this lens looks great.

It’s huge with a nice tapered look, and the text engravings pop against the sleek black barrel. The distance scale and iconic Sigma Art “A” badge really exemplify the premium aesthetic.

I personally wouldn’t take this with me on a full day out in the city, or on a particularly long hike, but its excellent for short photoshoots. I think I’d get exhausted lugging it around for more than a couple hours.

Next up, let’s talk about sharpness. Spoiler alert: this lens is incredibly sharp when stopped down.

However, it isn’t quite as strong wide open. When shooting at F1.8, you’ll notice a bit of softness around the edges.

Stopping down to F2.8 is where everything evens out and starts to look really great. The center of the frame is fabulous and there’s only very, very minor softness near the edges.

The Sigma 14mm F1.8 DG HSM seems to peak around F5 or F5.6, delivering some of the best results I’ve seen out of any lens. Seriously, even the most extreme pixel peepers likely won’t find flaws at this aperture, it’s incredible.

As for optical flaws, the lens performs quite well. Chromatic aberrations and flaring are virtually non-existent outside of extreme fringe cases.

Distortion is fairly strong, but that’s to be expected out of such a wide angle lens. It’s actually much more controlled than your average ultra-wide. A single click in Lightroom can get everything back to looking normal.

Vignette is pretty strong when shooting completely wide open, but again, that can be fixed with a couple simple clicks in post-processing.

It may seem a bit strange to cover bokeh on an ultra-wide lens but I figured it was worth mentioning. The minimum focusing distance is about 10in (25cm), allowing you to get some really dramatic close-up shots.

While this is very niche, it does open up the possibility of some creative new compositions.

Overall, I’m absolutely blown away with the optical performance of the Sigma 14mm F1.8 DG HSM. It’s one of the sharpest lenses I’ve ever used.

Additionally, it doesn’t suffer from any substantial optical flaws. No flaring to ruin your daytime shots, no unfixable distortion.

By the way, stop down a bunch and you’ll get some stunning star-point effects.

Astrophotography is where the Sigma 14mm F1.8 DG HSM really shines. Just as Sigma’s marketing claims, ultra-wide F1.8 lenses are rare, so this one is a gem for photographing the night sky.

I’m not very experienced with astro myself, but I’ve gone out to experiment many times, especially recently. I notice a huge different between using my F1.8 lenses vs F2.8, so I totally understand how groundbreaking having such a wide, bright lens is for night sky enthusiasts.

Coma performance is spectacular. Zooming in (a lot) to the extreme corners shows stars with only very, very tiny tails. It’s not absolutely flawless of course, but only the most critical of pixel peepers would ever notice anything.

As for chromatic aberrations, they’re barely noticeable as well.

Next up, we’ll focus on focusing. Honestly, most expensive modern lenses have excellent autofocus, and this one is no exception.

There’s really not much to say in that regard. It’s fast, it’s reliable and there’s very few issues with hunting. The focusing motor is incredibly quiet (the HSM stands for “hyper-sonic motor” after all).

Overall, predictable and reliable autofocus just as you’d expect, so no complaints from me there.

On the flipside, let’s talk about manual focus. To start, there’s a physical AF/MF switch on the lens.

The gigantic focus ring is well positioned and, despite being focus-by-wire, feels great to use. It’s quite precise and very grippy.

Sony’s excellent focus assists such as peaking and magnifier work flawlessly and help you easily nail the shot. I usually don’t pay attention to focus scales, but it looks to works well and seems quite precise.

The MF experience isn’t quite like using a dedicated manual lens (such as the Voigtlander 15mm F4.5) but it’s still satisfactory.

The last thing I want to note is that due to the gigantic curved front element, this lens is physically incapable of supporting filters (screw-in & drop-in systems).

This is a huge blow to photographers who would consider this for landscapes, but it may not be as big of a deal for other subjects. Again, I think many people considered this lens will likely be purchasing it for astrophotography reasons instead.

Before I end my reviews, I like to offer a few alternatives. This lens is pretty much the king for astrophotography, but if you want to do any sort of other wide-angle work, consider some of the lenses below.

First up on the list is the Sony FE 14mm F1.8 GM. Honestly, the Sony is the direct competitor to this Sigma.

There’s one major point where the Sony wins though: size and weight. The Sony comes in at roughly 4in (10cm) and weighs about 1/3 of the Sigma.

To be completely frank, Sony users should highly consider taking the Sony FE 14mm F1.8 instead of this Sigma lens. They’re functionally identical, except the Sony is much more compact.

Otherwise, if you’re looking for a lens with a bit more versatility, consider the Sigma 14-24mm F2.8 DG DN.

It runs a bit cheaper, has similar performance, and is ultimately more flexible if you’re looking to photograph a wider focal range.

If you’re on a budget, the Samyang 14mm F2.8 is a fabulous pick. It’s literally dirt cheap in comparison to these other alternatives, and, to be frank, you don’t lose a lot of quality.

Of course it won’t be as well built and it won’t be quite as sharp, but it’ll deliver fantastic results so long as you aren’t pixel peeping at 500% crop.

So, is this Sigma lens worth the purchase? In some cases, I’d say yes. If you’re a Sony user, I’d highly suggest just picking up the Sony FE 14mm F1.8 instead.

If you use a Canon or Nikon (although I’m not sure why you’re reading a Sony site), then I’d say go for this lens.

I’ll leave purchase links below (keep scrolling for B&H) to both options if you’re interested. Thank you for reading! <3 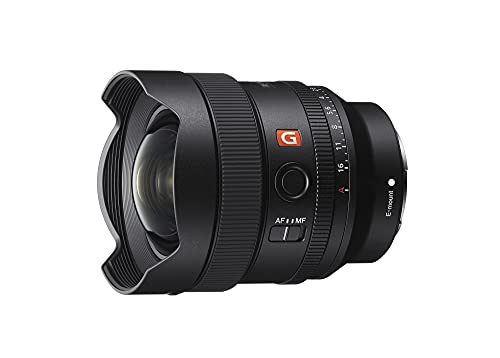 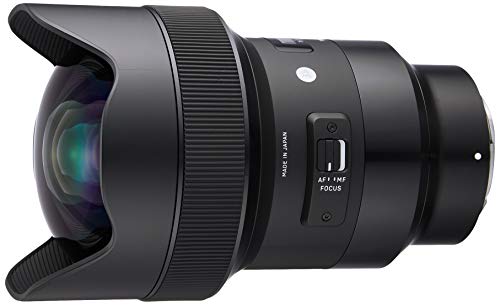 Title
Sony FE 14mm F1.8 GM
Sigma 14mm F1.8
Summary
Shares a similar price to the Sigma, but is substantially smaller and offers even better performance.
Still an excellent lens in its own right, but just not quite on the same level as the Sony 14mm. Slightly cheaper though.
Price
$1,598.00
$1,279.95
Buy Now
Check Current Price
Check Current Price
Thumbnail

Title
Sigma 14mm F1.8
Summary
Still an excellent lens in its own right, but just not quite on the same level as the Sony 14mm. Slightly cheaper though.
Price
$1,279.95
Buy Now
Check Current Price